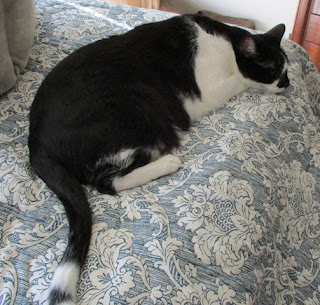 Whenever we get a new camera, the cats get the first photo. Kota got the first one this time.  On my new comforter... Yup. He took that over as soon as it went on the bed.

My other camera was taking a lot of fuzzy photos.  Most irritating when you are trying to photograph minis.

Anyway, this one works. Not a fuzzy one in the bunch.

The only thing that is puzzling me is the photos load onto the computer in the opposite order from the order the photos were taken.

I loaded them one at a time to get them in the right place. 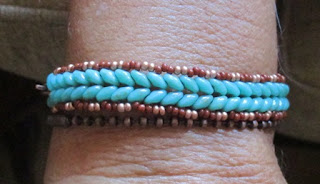 He never takes it off.  This time, I did it with eight pound test Fireline.  It is a fishing line that a lot of people use for strength in beading... The only thing that will get it off of his wrist is a fish that is over eight pounds, tugging on it. 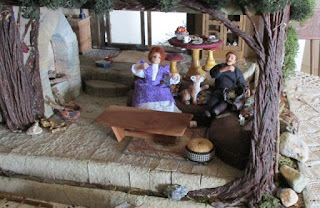 I looked for Tessie a while ago.  She was in the tree house with the burglar... She wants her coffee table, from the townhouse back.

He is not caring for it to her satisfaction. It hasn't been polished since she let him have it.

I think that the real problem is... She wants it back for a new project and he is resisting the offers that she has made. Actually, it is hers.. she just lent it to him... If worse comes to worst, she can just zap it away... I don't think that he thought of that. 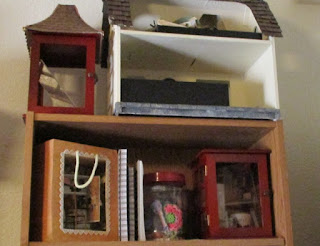 I have been looking at fairy houses for the garden on Pinterest... I am thinking that the two square red boxes on these shelves would make a good start to fairy houses... One even has the roof done already...

I have to get the two boxes that I just started finished. Then I can go on to these.

I have to go work on floors now.  Back to work.

Posted by Caseymini at 4:22 PM