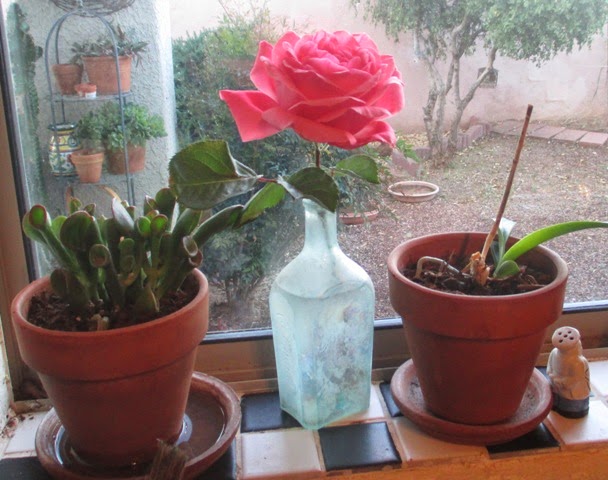 Just look what I found in the back yard and then tell me that it hasn't been raining a lot here!

This is from a rose bush that hasn't bloomed much in the past five years... It was just hanging in there...

Now I can stop and smell the roses! 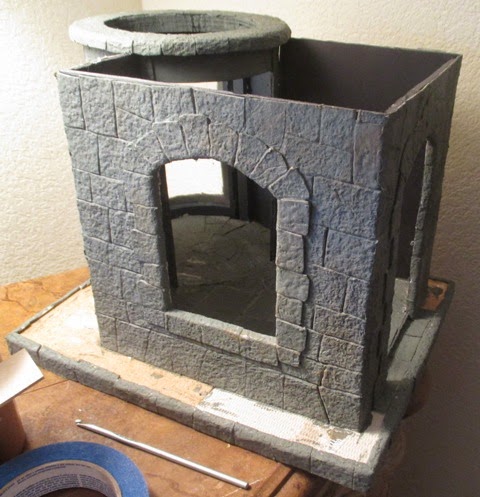 OK. First of all.  Proof of work.  I have a base coat on the library and a couple of washes besides.

I AM working on the observatory.  Honest! 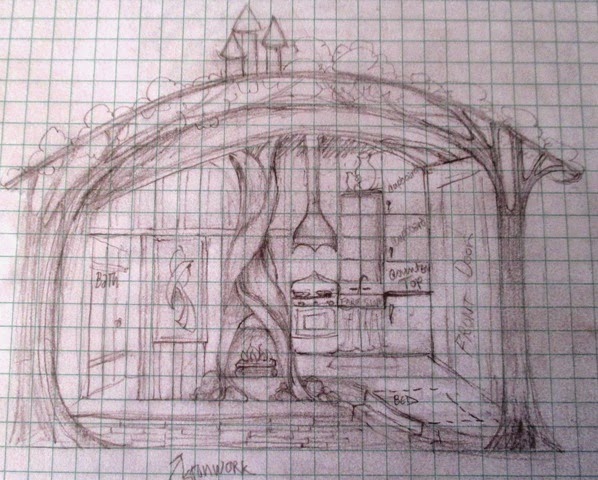 But I don't remember anybody saying that I couldn't draw pretty pictures when I wasn't working.

I started out designing a mid century mod house in the HBS kit... It evolved until it turned into total forest fantasy...

This is going to be my tiny house in the woods...  As you come in the front door on the right, you are two steps above the living room/bedroom.

There will be a bed hidden under the steps going down into the living room.  See the dotted lines?

The fireplace is still evolving.  The kitchen is in the right corner on the same level as the entrance.

Between the two trees at the side, there will be some stonework at the bottom and a large window above that.

The painting to the left of the fireplace will be a drop down table for dining.  Chairs are undecided. 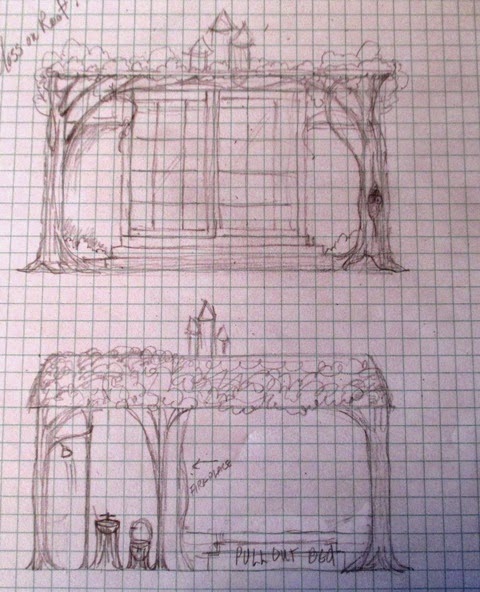 All four corners will be supported by trees... OK, so they're fake.

The front will be pretty plain other than the trees and the three steps leading to the doors.  The door arrangement may change..

The bottom sketch is the back of the house.  Bathroom to the left 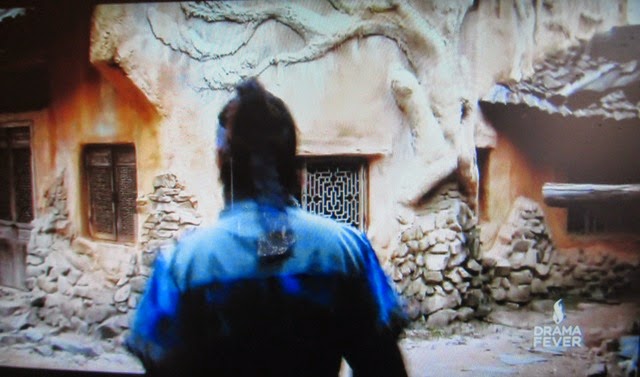 This is probably what influenced the change of plans.  I showed this to you once before.

This is from a Korean Drama called "Faith".  Episode 17 as I remember...

I doubt very much if the Koreans actually built villages with trees and rocks embedded in the walls 400 years ago, but who knows?  Whoever did the set designs for this particular series did amazing things with the buildings.  I want one of these to live in.  Really cool!

Now I have to go back and work on the observatory some more.  I did promise...Didn't I?  Why did I do that?  Darn!

See you tomorrow.
Posted by Caseymini at 10:51 AM

Dear Casey,
I love roses! Your drawings are wonderful. I can't draw the way you can. It must be wonderful.
Good luck Dorien

Wow, loving your idea for the kit. Looking forward to seeing it come to life.

Hi Casey! Love the future plans for the Forest House! It has a bit of a Hobbit Atmosphere to it, which is Very cosy and inviting.