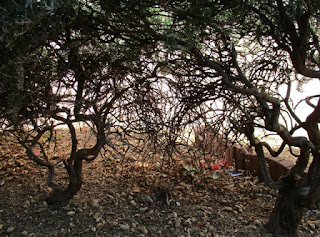 I had to go gather more Rosemary branches this morning.

Tessie said she wanted the cottage camouflaged on all four sides... She asked for it!

I have just about enough to cover our house as well as the cottage.

These plants have had almost 20 years of growing!  They are really more like small trees... 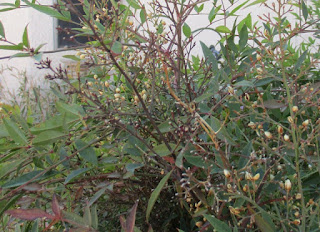 I also found that the Nandina is ready to be harvested.  Just in time! Another different kind of foliage. 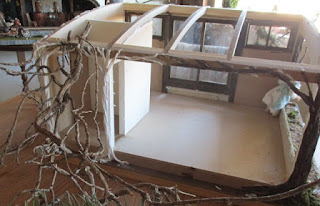 I managed to sneak in more branches of the Rosemary behind Tessie's back.

When she turned around and saw it, she demanded that I get it out of there.

Nothing was fastened down.  She thought I was going to cover the bathroom opening with them.

I don't think that is such a bad idea.  As it is, it is wide open to the forest.  Every Peeping Tom, Dick and Harry could be lurking in the underbrush! 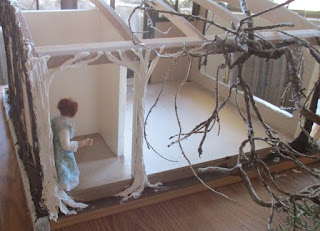 I didn't argue.  I moved it.  I think that she will re consider after I tell her about the audience!

Posted by Caseymini at 9:26 AM

Hello Casey,
I think she will re-consider. It is looking beautiful! I just got my copy of Doll's House magazine. The article about your blog was very well deserved.
Big hug,
Giac