Two Not Quite. One just right... 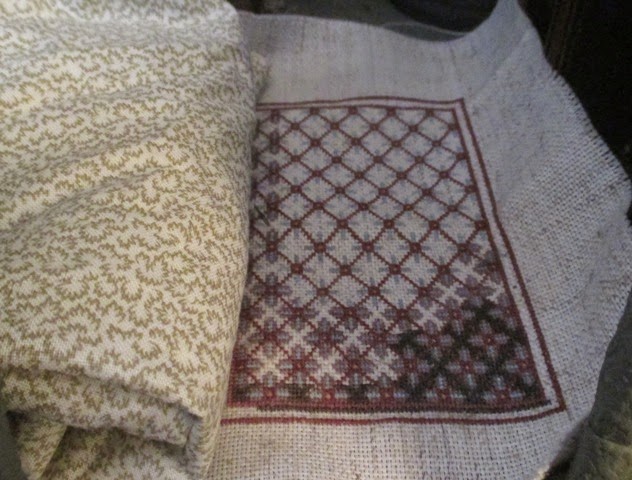 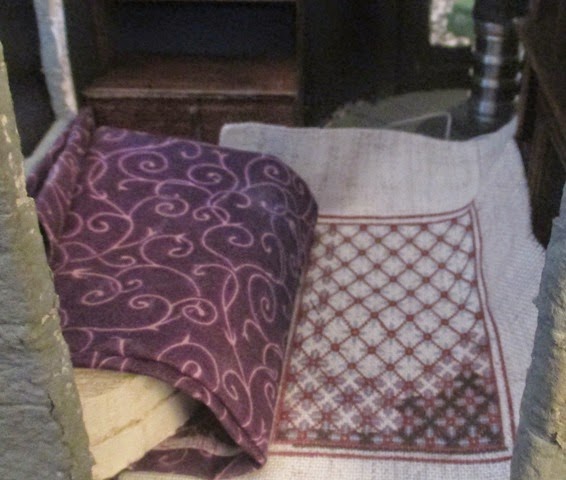 You may be asking what happened to the peacock and gold rug... Long story short...

It was either cut down the width of the daybed or start over on the rug!  I figured this out when I was trying out fabrics.

I didn't like the black and white fabric with the rest of the room being so dark.

I found a couple of fabrics that matched the rug... Only one  problem.  When I went to try them out, I discovered that the rug was too big to go in the space, now that I have enlarged the width of the window seat... Oops!

Anyway, I didn't want to make another rug from scratch, so I did the next best thing.  The other rug that I was considering anyway was narrower.

So I started trying out different fabrics with that one.

Then I tried a plain lavender... Not usually my color at all, but it looked just right. 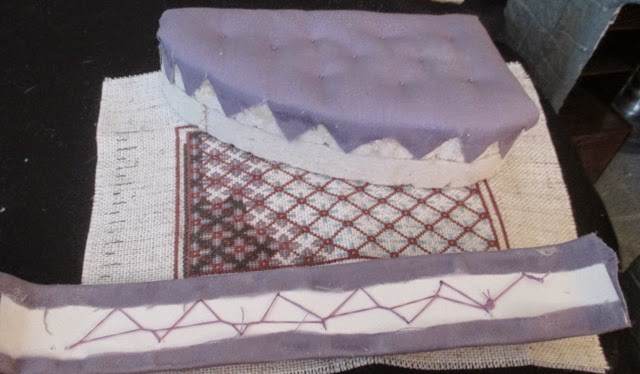 I went to work and tufted the top and the side band.

Then I put them all together and used bunka for cording. 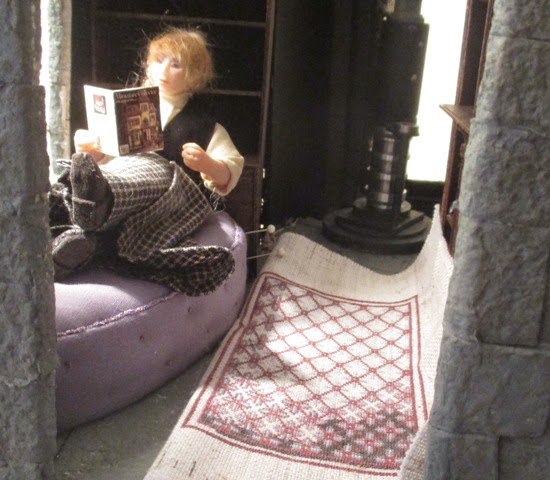 It is Daisy approved.  That's all that matters.

The Terrible Two were nowhere to be found.  I finally broke down and asked Daisy where they were...

Answer?  "They wanted to try the time machine.  I wouldn't let them use it.  I made a deal to drop them off in the place and time of their choice..."

Question from me..."And where did they choose to go?"

Answer?  "They are now enjoying the grand opening of Disneyland! I tried to talk them out of it, but that was their choice.  I have to go back and pick them up behind Sleeping Beauty's Castle at 5:00PM.  I'm sure that they will be fine.  I made sure to up size them before I left and got them a bunch of "A" tickets."

Then she plopped down on the new window seat, picked up a Miniature Collector and started reading.

I am going to be very nervous until she gets back with Tessie and Zar... They better have all of their fingers and toes when they return!

See you tomorrow.
Posted by Caseymini at 9:55 AM

Hi Casey. What an interesting progression of the story to have Tessie and Zar take a time travel trip! You should write a book.....
The BIG Adventures of the LITTLE people!
The bench looks great.
Phyllisa

Hello from Spain: I really like. It is very interesting. Keep in touch.