Wearing of the Green.... 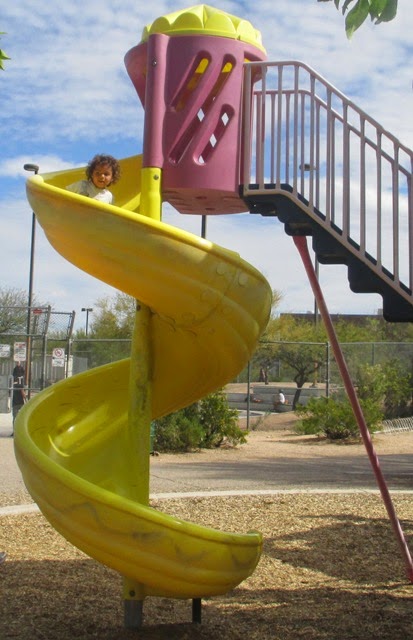 This morning we had a visit from my favorite miniature... April and Amare were here and we went to the park for a while.

It's hard to believe that Amare has only been around for 3 1/2 years.  Sometimes he out thinks all of us...  Way ahead of the game... 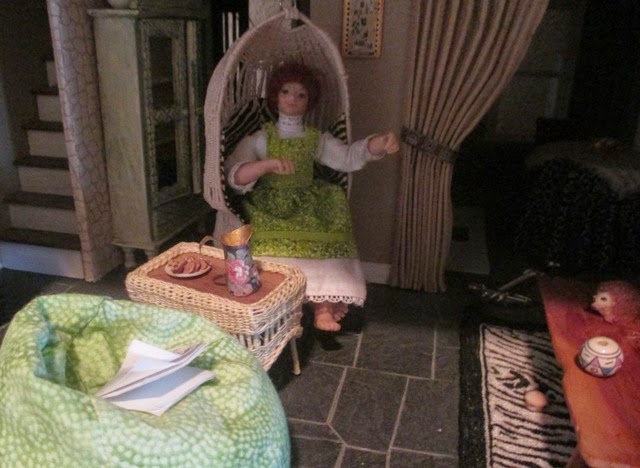 After they left, I had to hunt down Tessie.  She was not in any of her usual haunts... She was actually at home!

I knew that there was something up when I saw the new apron and she greeted me with "Top o' the mornin', Casey!"

When she greets me in a good mood, I am instantly suspicious. 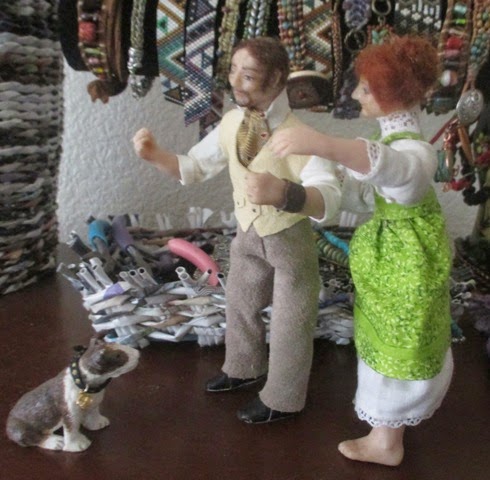 First she went for Zar.  He was minding his own business, working on the observatory...  I had to hold him back after she pinched him.

Spike wouldn't even get close to her... 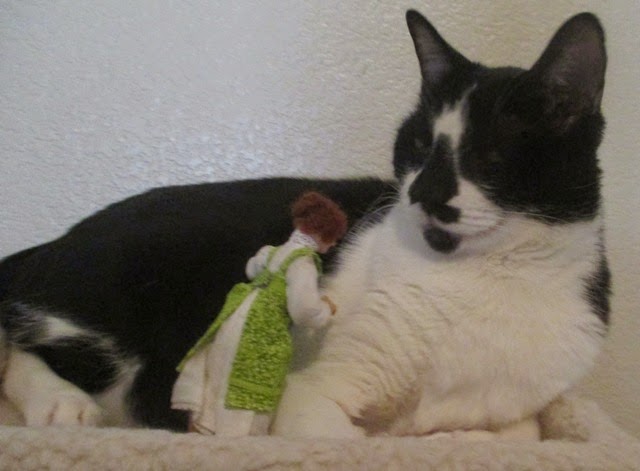 Then she decided that cats need pinching too...!
I am too busy running around, trying to keep Tessie's head attached to her body... So far it's working... I don't know for how long though.

Back to keeping Kota from swallowing her whole.

Posted by Caseymini at 2:56 PM

Hello Casey,
She is a cheeky little devil!You can relax now...St.Patrick's day is a year away!
Big hug,
Giac