The Terrible Two Are MEAN!! 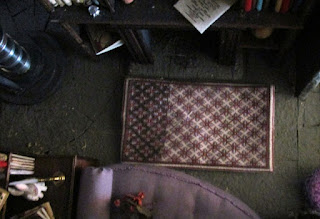 I got up this morning with the intention of going right to work on the Observatory.

I made sure that the rug was going to fit in the area that I had planned it for.

OK. That worked out nicely. But then I overheard the Terrible Two discussing what I was going to be doing next...

"We have to get her to give back the sign."

I knew immediately what they were talking about.

I have had the sign that is in the next photo attached to the light next to my bed for about a year. 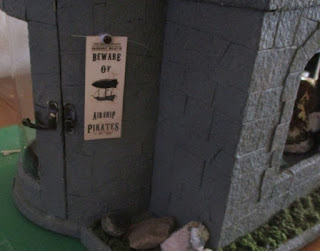 They seen to think that Daisy is going to want it back.

I like the sign and don't want to give it up. I am going to have to make a couple more copies.

I know that if Daisy has one, Zar is going to want one too when I get to his projects again... So... Either I make a couple of copies or hand letter a couple.  I don't want to give mine up and I don't want to have the two of them to come to blows over the ownership.... With me in the middle! Unfortunately, Tessie will want one too. Just because everyone else has one. Make that three more copies. 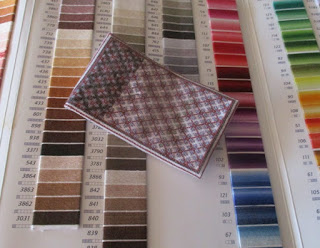 I decided to stay away from the observatory and work on the rug for the library.... That would be fine, if I could just find the shade of grayish brown that I was using for the background.

Unfortunately, there are a LOT of shades of grayish brown on the DMC chart.  I usually write the numbers on the edge of what I am working on. Unfortunately, I forgot to do it.  Now I am VERY sorry that I forgot.  I have been looking at that chart  for at least a half hour.  I am NOT having any luck.  I find a color that I think is the one.  Start using it. Only to find that it is not the right one.

Back to the chart and searching.  See you tomorrow.  Hopefully with the rug more finished than it is now.