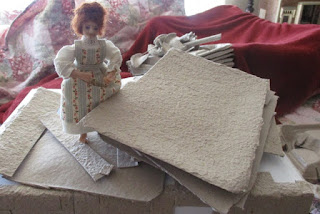 I am being closely supervised today.  Tessie wants this room done in the best way possible. 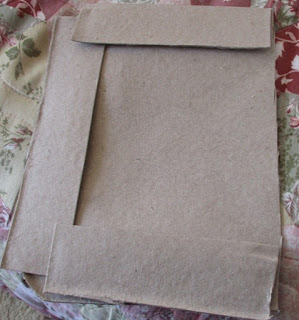 The first thing I did was cut apart 5 or 6 theater trays.

There really isn't a lot left when I get done.  That is, there is not a lot left to throw away.  Mostly the part where you place your drinks.  But I even put them to good use once in a while. 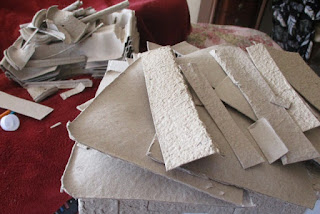 Some of the strips I bend lengthwise.  That way when I come to a corner, I can decide which end I want to stick out more and cut off a section. 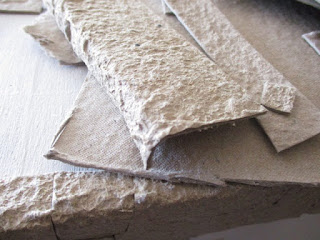 I usually do one side of the box at a time, but I do the corners as I go so that I can see how the next side is going to look.

The top and the sides both are wrapped around on this one.  Whichever strip fits in the holes that I have like the ones at the top, will be trimmed down to fit. 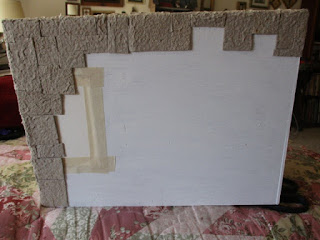 I really don't lose a lot by doing it this way. If a piece doesn't fit here, it will fit somewhere else. 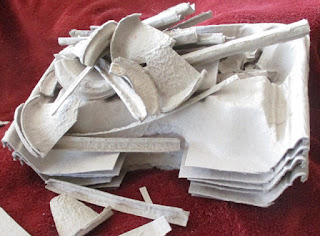 This is the other part of the trays that I trimmed.  I will use the rolled edges for Spanish tile for roofs and there is still a lot of flat parts, but I will save them for last.  And if they don't go on this box, they will be saved and used for another one later.

I am going back to finish the rest of the walls now.

See you tomorrow.
Posted by Caseymini at 3:16 PM