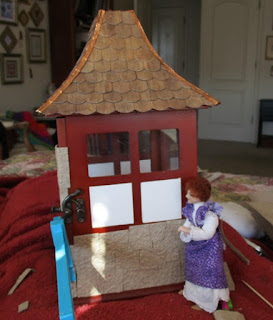 Tessie is doing it again.  She came in to see what I was doing and absolutely hated the idea of fairies in HER garden.

So... We are now making Follies for Tessie to rest in when she is having a hard day in the garden.

I do hope that she will let me know when she actually starts working in the garden...

I am usually the one that is out there alone.  Maybe I should build myself a folly. 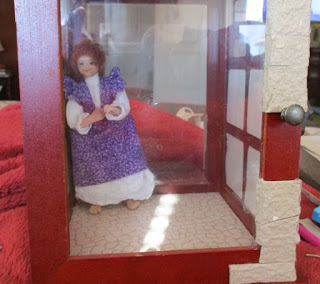 I filled in some of the windows with foam core.  I will cover the inside walls with wallpaper or something else. I am NOT doing stone walls on the inside!

Tessie liked the bottom two courses of windows in this one being covered.  She thinks that she can crouch down and nobody will see her... I am wondering about the front.  So far, I have no plans to cover that one. 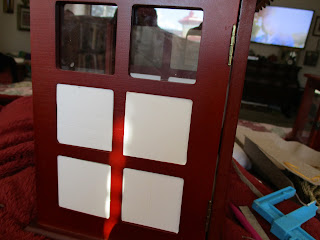 I do have one problem.  She says the one with the flat roof would be easy to convert into a police call box... Like the time machine on Doctor Who.

She has been around too many people that own time machines.  Now she wants her very own.

I don't think that is going to happen. 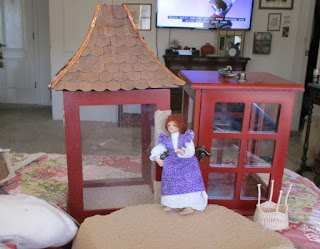 It is going to take a couple of days just to cover the outside with stone on these two.

Hmmmm.  Maybe if I paint the second one blue and ad a box on top, that would be faster.

No... Scratch that idea.  I don't want Tessie popping in and out of here whenever she likes.

She would probably end up somewhere in the middle ages and get tried as a witch!  Not a good thing.

Back to arguing with Tessie.  I am determined to win this time.

Back to work.  See you tomorrow.
Posted by Caseymini at 2:43 PM

Hello Casey,
Stick to your guns...can you imagine what she would bring back from pre-historic times...
Big hug
Giac