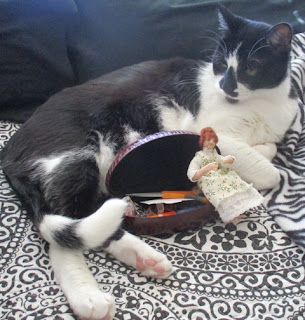 Tessie helped me with making up a few take along kits this morning.

She made me take the first photo with Kota.  She said that it would be cuter with both of them...

About that time, Kota tried to take a bite out of her...

So much for cute! 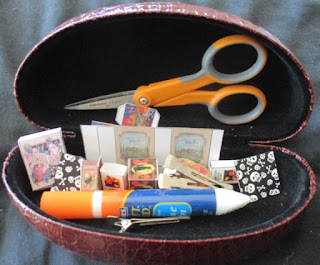 This is the one that we tried to get in the photo with Kota...

You have seen me do this before, but I came up with a couple of new ones.

This one is all printables  off of the net.  All I require is glue and scissors.  Oh! And a couple of hair clips to keep them together until they dry...

I have been looking for more of the clips... I was looking in the wrong department at Walmart.  They no longer are to be found in the hair care department.  I found them last Sunday in the jewelry making department... They are called hair barrettes now.  They cost about four times what they did the last time that I purchased them.  At least they last a long time when you are just holding things together. 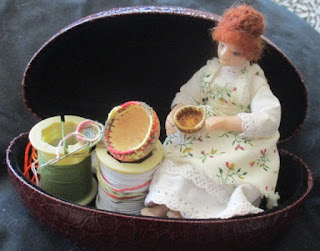 I put together one for basket making.  That one has the usual wire, thread and needle and a small pair of scissors.

Tessie insists that she can travel with me in one of these... She has to be very careful in the ones with scissors and needles, though. 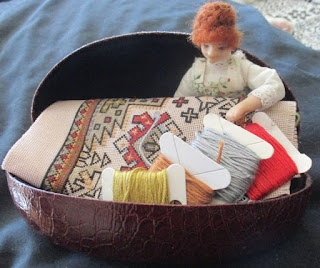 You have seen the one for rugs before, but I will throw it in the mix anyway.  It comes in handy in doctors' offices and such.  You can keep going on one rug for a very long time, if need be.

If you want to make one of these, the clamshell glasses cases can be found at the Dollar Tree.  You can also get them at Walmart, but they cost more than a dollar there.

Anyway, the next time that you are asked to wait, just grab your glasses case and go. You can get a lot done, while waiting patiently.

I did it this morning while waiting for "The Magnificent Seven" to start.

Back to the work room now.

See you tomorrow.
Posted by Caseymini at 2:33 PM