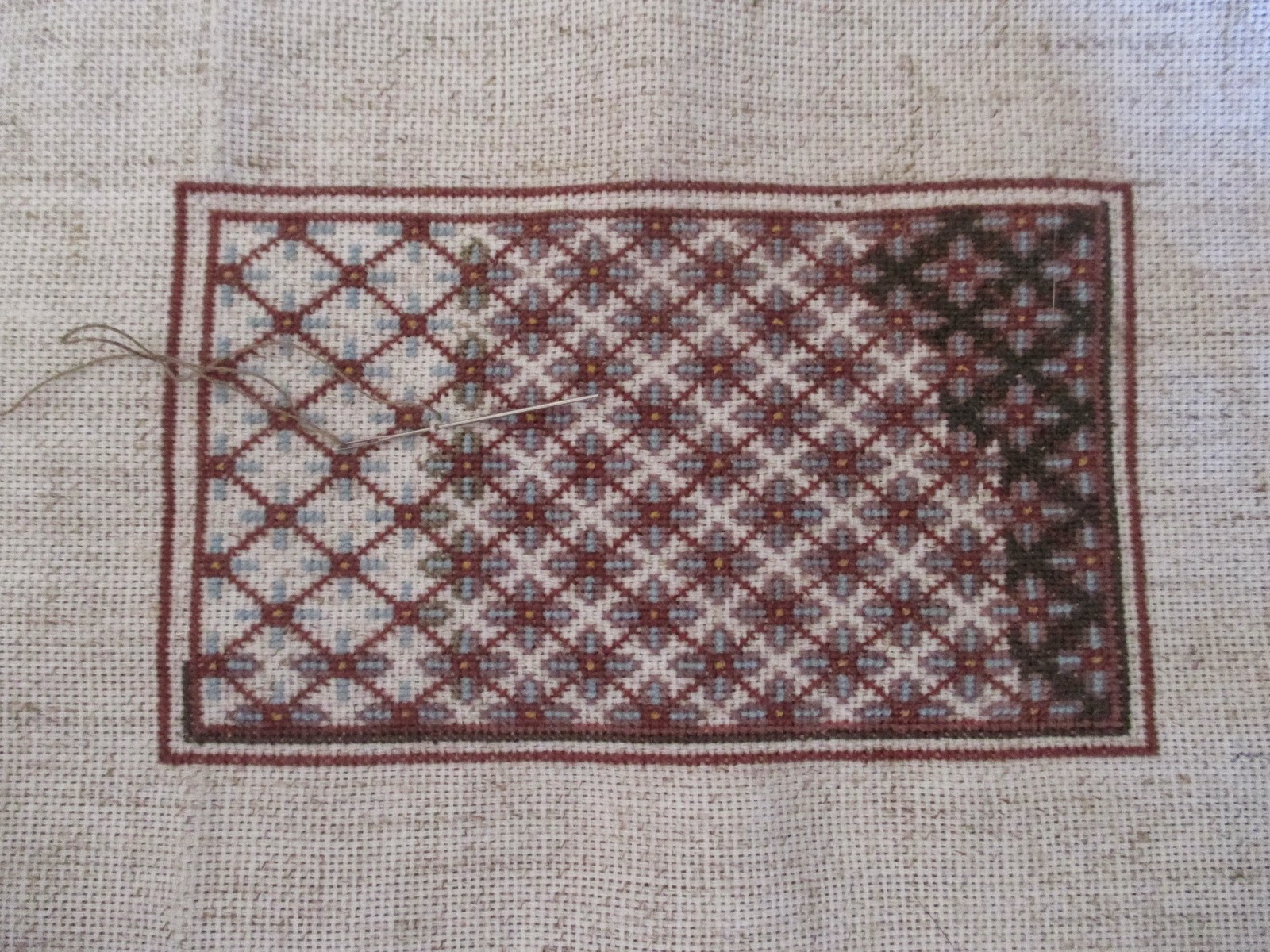 First of all... I did more on the rug, but I'll bet you couldn't tell me where... Some of it is in the border and you really won't be able to see it until I have the whole border finished... 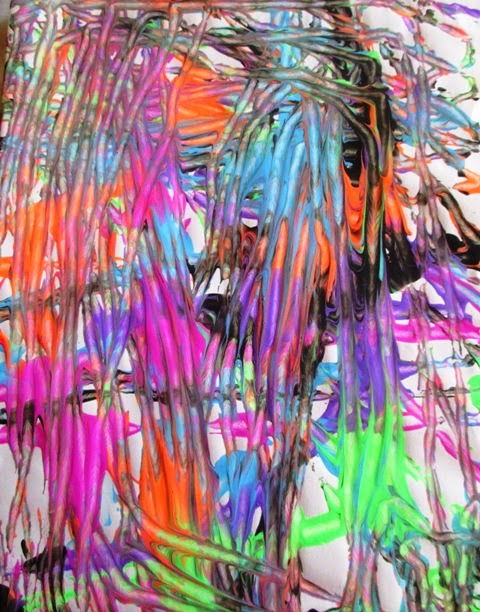 Now about the budding artist... I took a photo of the painting that Amare did, rather than scanning it.  It was easier that way.

I put it in my greeting card program and repeated it in three different sizes.

Then I printed it out on cardstock... 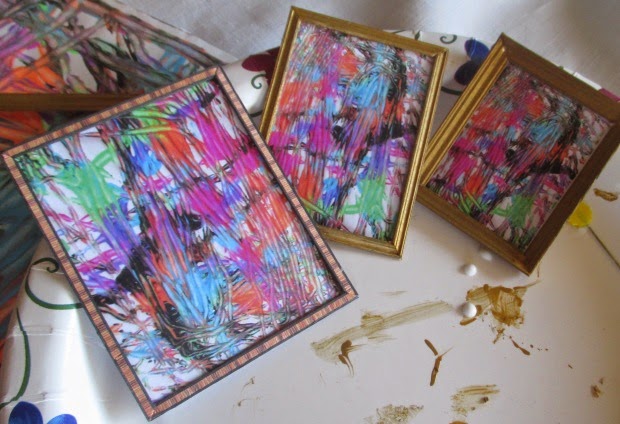 I had enough picture frame molding to frame the center one.

The other two, I had to wing it.

The smallest one is done with half scale crown molding.

The larger one is done with guitar strips of inlay that I bought in 1982 when I was working in a mini store off and on...  I wish I had bought more of that.

Anyway, if you don't have picture frame molding, with the little ledge to fit over the painting... You cut the cardstock with a border outside of the picture, large enough to lay the strips of molding flat on it. Then simply miter the corners of the molding and glue the strips to the cardstock on the outer edge of the picture...  It works just as well as the fancy stuff if you do it right.

Now all I have to decide is which size I am going to use in the library.

Please excuse me now.  I have to go see which one looks best...

See you tomorrow.
Posted by Caseymini at 12:50 PM

Awesome! Yes, he is a budding artist!

What a great range of colours in Amare's art work. Definitely a budding artist. I remember my daughter coming home from day-care with a marble print. A fun technique for the kids.

Hi Casey. It's amazing how good artwork looks when it is framed.
Some of my grandchildren's water-colors looks as good as some I've seen in famous galleries (at least to me)!And they think it is fun to do and give to you.
Phyllisa

Looking forward to seeing it in the library setting!

Hello Casey,
Now that is an up and coming artist. Please tell Amare his work is beautiful!
Big hug,
Giac

What a great idea! Love Amare's work - it's joyous.