Squirrel Watching and Other Sunday Pastimes... 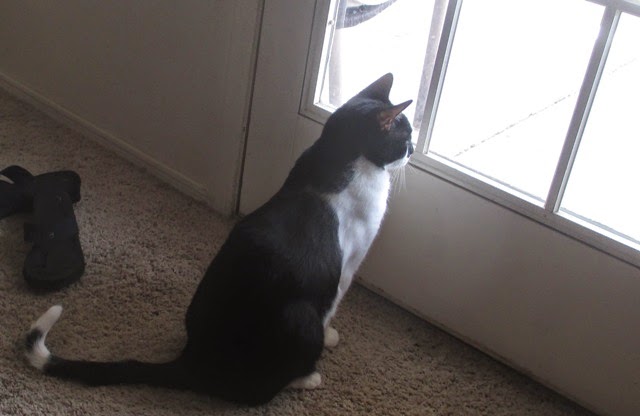 Kota has discovered the joys of squirrel watching.  If they are around, he can spend hours at the back door watching.  He doesn't move a muscle for fear of scaring them away. 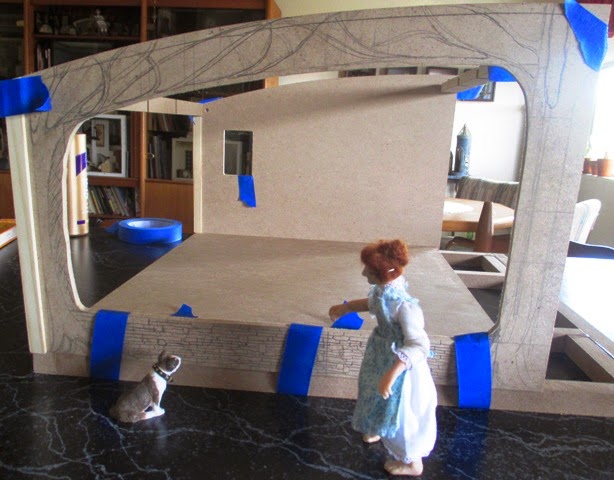 I have been drawing trees on the sides of the HBS contest kit... It is fun doing this without entering the contest... I can do whatever I want and I can show you everything. 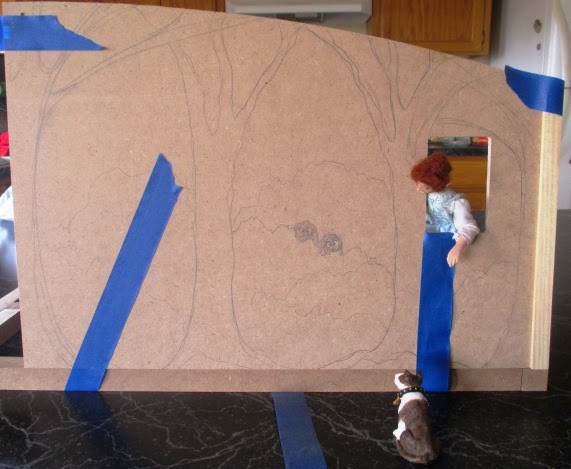 The trees turned out very light in this photo.  It's hard to see the two little creatures hiding in the bushes.

That's OK though.  Tessie and Spike can see them... 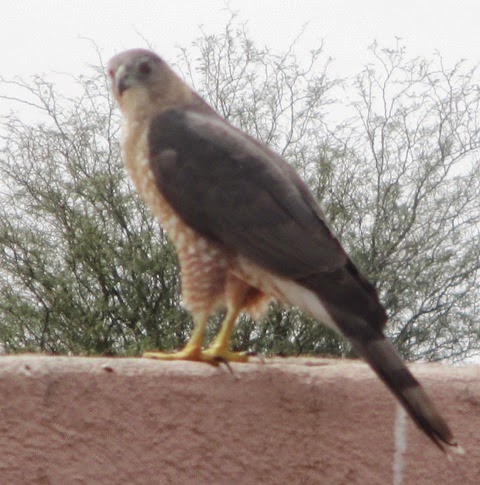 Hudson Hawk was here as I was writing this.  I took his photo as he posed nicely on the fence.

Now about those squirrels... I think that I just saved a life.  Silly squirrel was sitting by the lettuce plate, nibbling away when Hudson landed on the ground about 10 feet away!

I banged on the window and said squirrel took off like a streak of lightning!  I hope he made it back to his hole on the other side of the fence!

I think that he did, because Hudson was slow to take off and the hole is just over the fence and a few feet away.

No more squirrel watching for a while.

See you tomorrow.  P.S. The squirrel is back gobbling peanuts.  All's well that ends well!

Hello Casey,
I like the drawings and am looking forward to seeing the kit transform. Squirrels everywhere must be thanking you!
Big hug,
Giac

That's a great Hudson photograph. Both he and Kota are very handsome gentlement.

You are indeed lucky to have them hang out with you, Ms Casey!