This pile is what I am taking to the Witches Wednesday... I will stand back and let them dive in.  I imagine that they will want most of it... 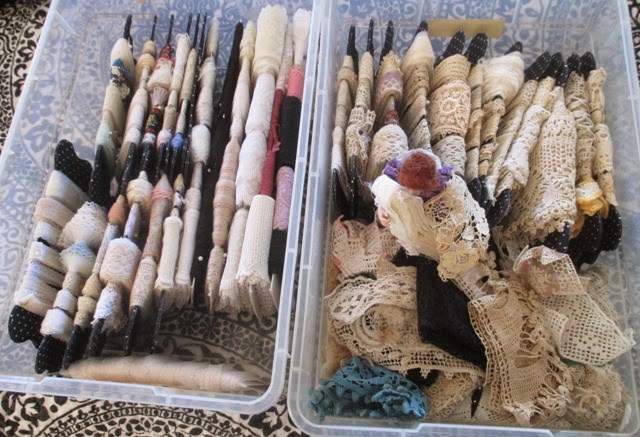 This is what is left.  I am wondering where the first pile came from.

As soon as I was finished, Tessie piled into the antique lace bin.

The pile that she is throwing hither and yon is mostly all antique collars and wristlets that people saved from old dresses.  They saved the good parts to be reused. 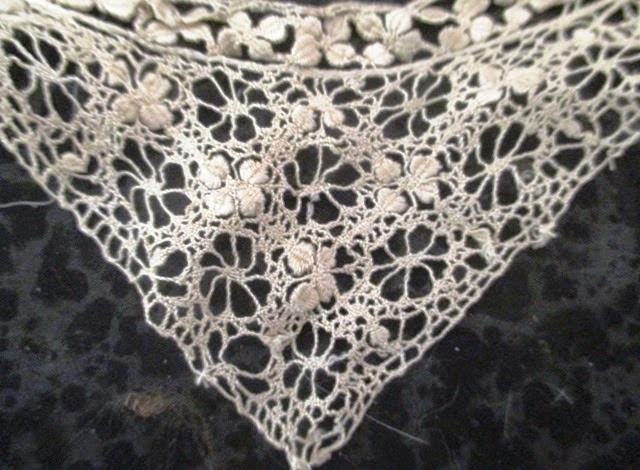 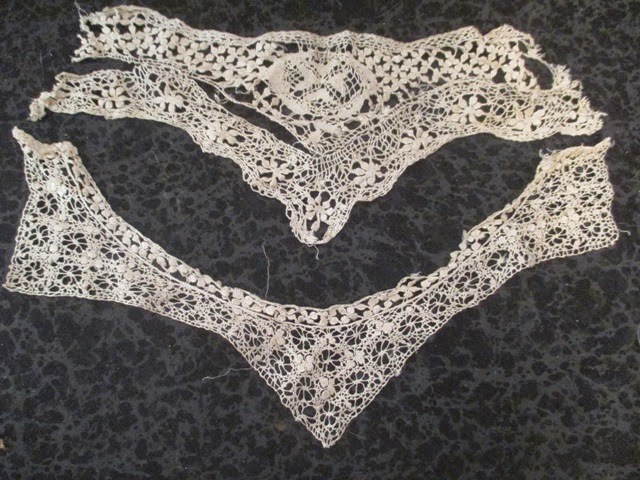 This piece is not in to good of shape, but it is one of my favorite items.

It is the only piece of silk bobbin lace that I have ever seen, for real and up close.

I have the bobbins, but I will never be this good!

This was a set. I imagine that the top piece was on the high neck of a turn of the last century dress and the bottom piece may have trimmed the yoke of the dress.

They definitely match and were together when I got them.

They were in a bag of all kinds of antique lace. I will probably never try to restore or do anything with them, but I do like to look at them and marvel at the skill of the person that did them. 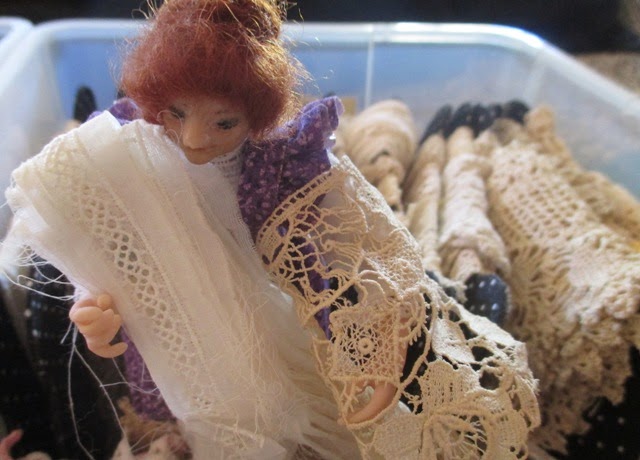 As for Tessie, she found a half round of some other very fine bobbin lace and some entre-deux.

I bought the entre-deux at the local SAS when it first opened.  They used to get lots of old lace and buttons.  I grabbed three hanks of the entre-deux when I saw it. It had the original tags on it and I suspect that they were imported before WW2.  Very old hand written tags.

There were three different patterns and I am so glad that I bought them.  I use them a lot in miniatures.

Tessie already has a couple of aprons with that on them.  I cut off the sides and just used the fancy part for wide lace.

It looks like Tessie is wanting more aprons... She only has around twenty right now... Not enough.

I'm not sure what she has in mind for the other piece.

I guess I had better go drag her out of the box before she destroys all of my hard work.  Rewinding lace isn't hard, but it is very time consuming... At least, now I won't have to do it for another twenty years... Hopefully.

See you tomorrow.
Posted by Caseymini at 9:45 AM

Hello Casey,
What a magnificent lace collection you have. It is an art form I love!
Big hug,
Giac