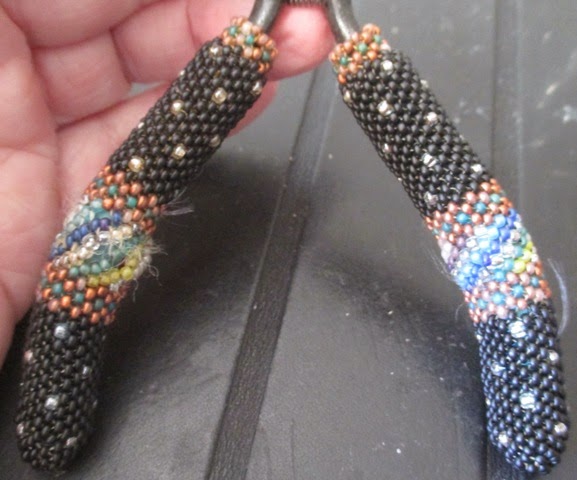 I am almost back to minis... I picked up my pliers yesterday and decided I had to finally do something about the handles.  The bead work, after a lot of years are almost shredded.  I repaired them once, but they shredded again.  I decided to try something new... 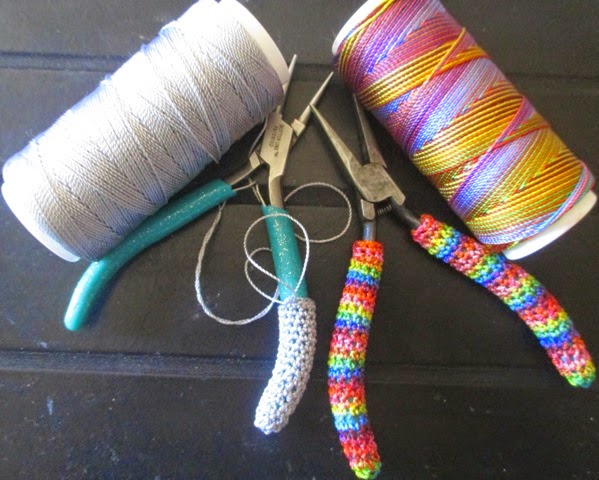 I don't like the stuff that they put on the handles so I cover them.  I can get a better grip on them.

I decided to try crocheting some with the nylon Sizzle thread.

I simply started at the bottom end of the handles and did a five stitch circle.  In that, I did two stitches in each one and made it 10 stitches.  Then I just worked to the other end.  I decreased about four stitches and fastened off.  New handles.  They are rough, so that I can get a good grip on them now. And I like the fact that they get a little thicker.  I am not crazy about the tiny handles that they put on them. 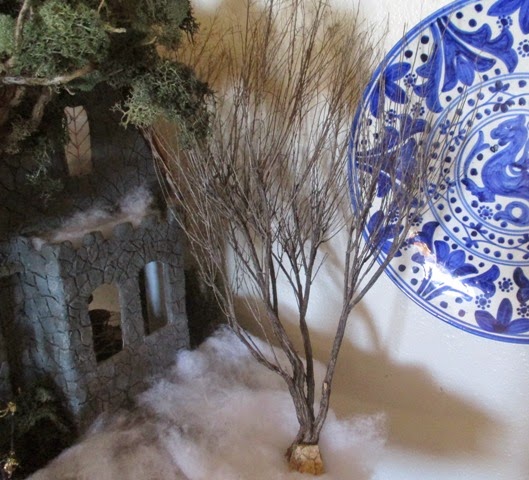 Now about the minis.  I am taking down the snow from Christmas, before I start making a bigger mess.

I thought I would show you some gifts that April and Seth brought back from a walk that they took after dinner.

I am always getting this kind of gifts from them.  They know what I like.  If they go anywhere, and ask if they can bring me anything, I always tell them to bring me a rock... 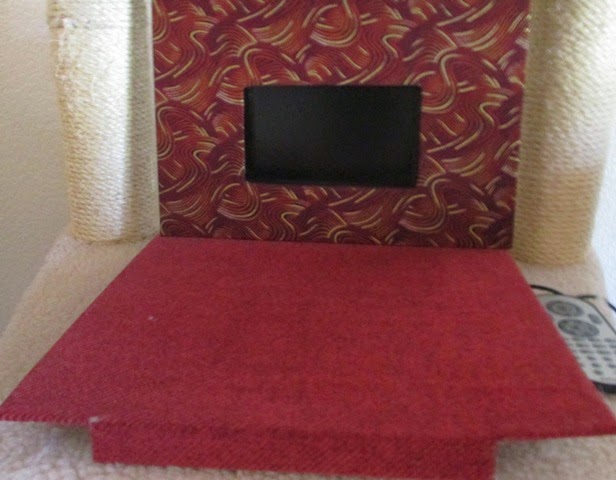 I took down the theater this morning and while doing so, I figured out that the scene could be used anywhere.

I would have to make the flap in the front into a base that went around three sides.  Other than that, I could either leave it like this if it were in a bookcase, or have two false walls on the sides.

I have to go knock some more snow off of the roof now.  See you tomorrow.
Posted by Caseymini at 10:45 AM

You are brilliant making those handles more functional and pretty cute too.
Hugs,
Meredith

Thanks Meredith, I really don't like the fact that they put sparkles in the finish of the ones I turned gray. I can't believe that they think that some glitz will sell tools to women! If I wanted glitz, I could bead them again. I still have two beaded pair of pliers that are in good shape, but those take a lot longer to make. Still very practical.