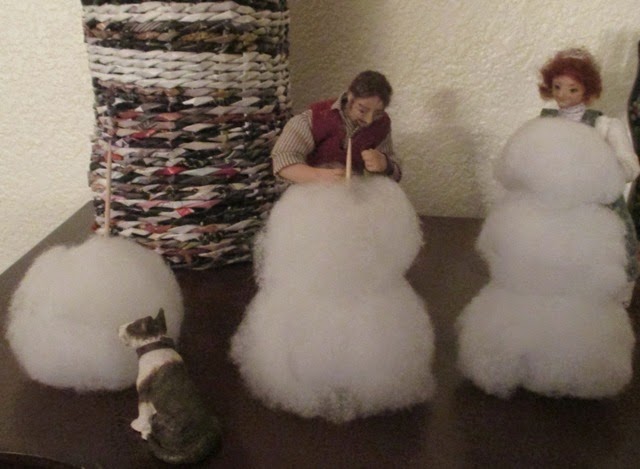 The weather outside is frightful... It is drizzling. And icky!

I woke up with one of my middle of the night ideas.  Making snowmen from the leftover Christmas snow blankets that I have been using to cover the yards.

I decided that it would be really easy to make snowmen to go in the yards.  It is!!! Especially with the Terrible Two plus One helping...

Tutorial time.  I started with one of those extra long toothpicks that I bought.  You could probably use a pointed skewer too. 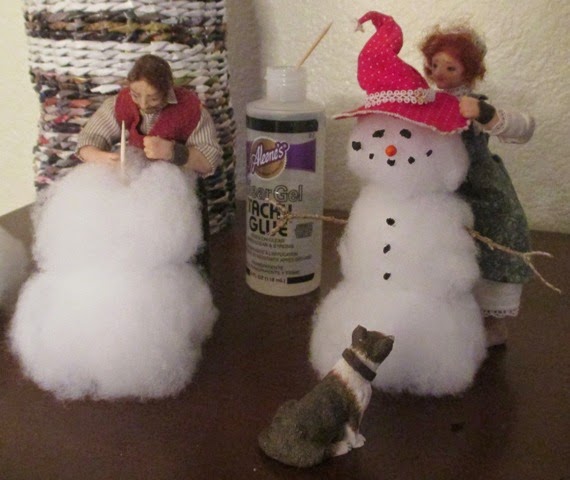 Then I proceeded to form three balls by rolling them tighter in my hand.  The kind of snow sheets that I have are very loose.

After I got three balls of different sizes that suited what I had in mind, I stabbed up from the bottom of the largest one  with the toothpick. You might want to put a bit of glue between the balls.  I didn't because the stuff I have sticks to itself pretty well.

This is the hardest part.  The toothpick can get snagged and not go through if you aren't careful.

When I got all three of the balls where I wanted them and shaped right, I sprayed the whole thing with unscented Suave extra hold pump hairspray.  That seems to keep the balls in the shape that you want them. 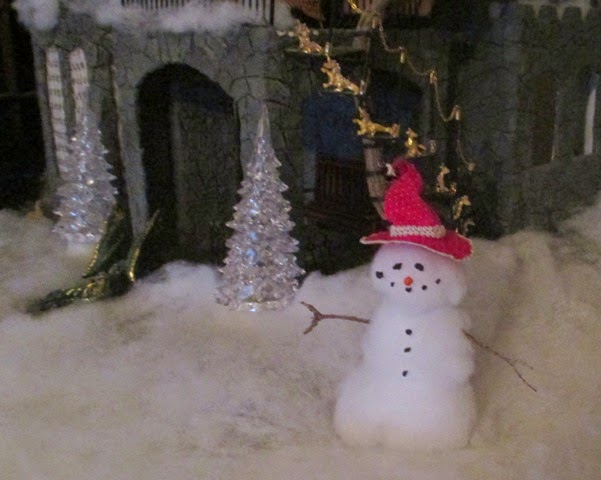 I then went out in the wet backyard and found a couple of small Rosemary bush branches for the arm.  I simply put a bit of clear Aleene's Glue on the ends and stuck them in the sides of the middle ball.

I found some small black pebbles and used the same glue to put on his eyes, mouth and buttons.

I used an orange seed bead for the nose.

See you tomorrow.
Posted by Caseymini at 8:06 AM

The snow man is very nice.

A very welcome and seasonal tutorial, thank you very much Casey.
All the best
Vivian

Oh, my gosh! Your snowmen are so cute! Thanks for the idea, Casey!

These are darling! Great idea!
Love your blog....been following for a long time.