I Need A Gazebo and a Potting Shed... 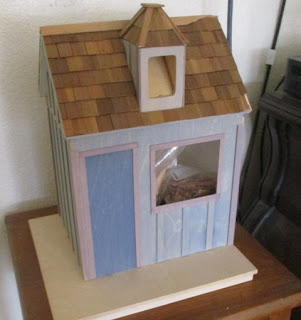 Since I said that Tessie couldn't cook in the tree tops, she has taken another turn... For the worst.

She now wants a Gazebo and a potting shed in the trees. It is at least a little better idea than a barbeque in the trees...I just happen to have this kit that I bought at Goodwill.

It's a potting shed with all the bells and whistles.

Now all I need is a gazebo.

The bells and whistles have to be put together... 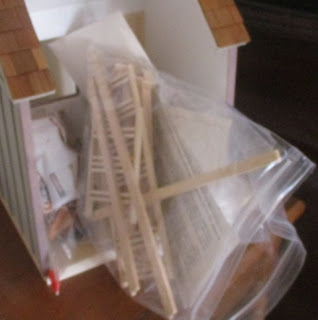 I took all of the bells and whistles out and sorted them when I got the kit.  They were all there.

It should be interesting to see if I can remember where everything fits.

I have the two glass gazebos that are sitting in the second tree frame. Neither one is large enough to fit everything that Tessie wants to put into them.  I may just have to make a gazebo that will stay in the house until she wants to go outside. 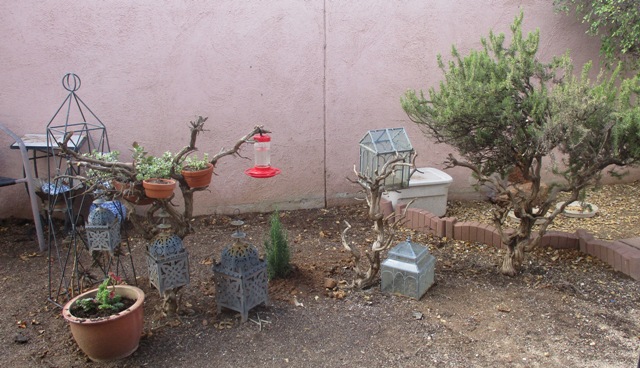 Until we quit arguing about what is going in the gazebo, I am not lifting a finger to make it.  She is going to have to make a lot of decisions fast if she wants to play in the garden this summer.

See you tomorrow.
Posted by Caseymini at 12:36 PM

Hello Casey,
Those are actually great ideas...better then anything involving a fire.
Big hug
Giac