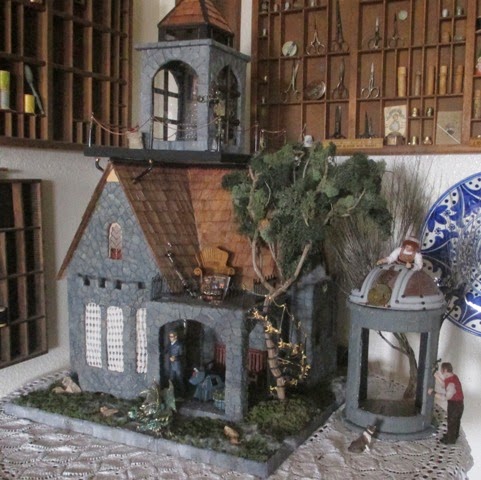 Well.  It's settled and I have put the first coat on the stonework..;

The Observatory will be co-owned by Zar and Daisy Eulalia.

Zar decided that it would be better to keep it on the ground, rather than on the roof of the Bazaar.

The deal is in writing... Since Daisy isn't around much with all of her time travel, it would be best to have an arrangement where they each keep a set of keys and Zar is the caretaker of said Steampunk Observatory.  The usage will be arranged so that, when Daisy is in town, she gets first pick of times. 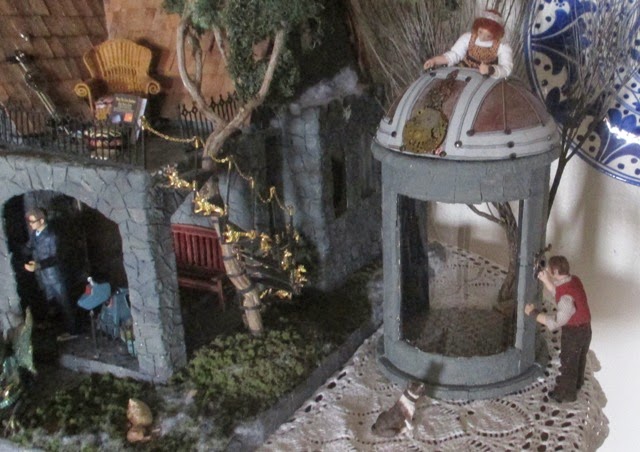 When she's not here, Zar house sits, in exchange for the full use of the Observatory... She even threw in a paragraph stating that, "If I have no plans in the span of two weeks to use my time machine, Zar may borrow it... I have a feeling that clause was a waste of paper.  There will always be plans for her to use it.  There will be NO two week spans...

Daisy gets the best of the deal.  I noticed that Doctor Who is still lurking about...

For the time being, Daisy is staying in the background. I am sure that she will pop out when she is ready. Meanwhile, a warning... Always check the bottom of your bag for dragons!

I found these three in my purse after the trip to the time machine.  They are going to live in the Tudor quarter inch.

I purchased the alligator last year, with the idea that he could go in a mote somewhere... There is no mote.  Thus the alligator is not much help with protection.. The dragons will be better. 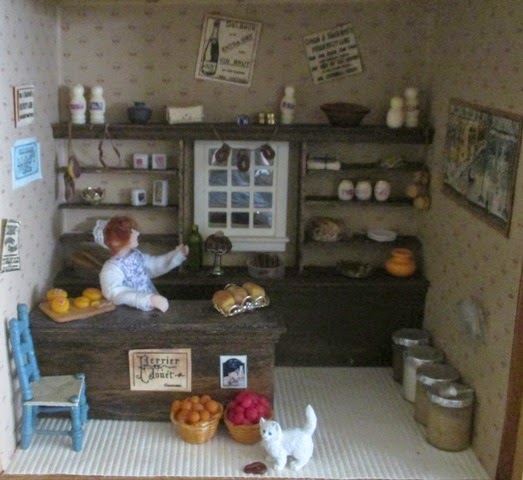 I also got a perfect 1/2 scale white cat this time.  These little animals are 59 cents each.  Just think.  Three dragons and a cat for about two dollars when you throw in my membership discount... Not a bad deal.

I fear that Mini Tessie is going to have to keep an eye on this one.  There were four rings of sausage on that string above the window... That cat is very quick and agile...

See you tomorrow.
Posted by Caseymini at 10:56 AM

May I ask where you got your kitty?

Lisains, the cat came from the Mini Time Machine Museum. They have various animals, that size, sitting in bins on the front desk.

Hello Casey,
Lovely post! Daisy's house and the observatory looks incredible. You really did an exceptional job! I am off to look in my bag now, just in case I have dragons as well.
Big hug,
Giac