Yes, I Really Do Miniatures... 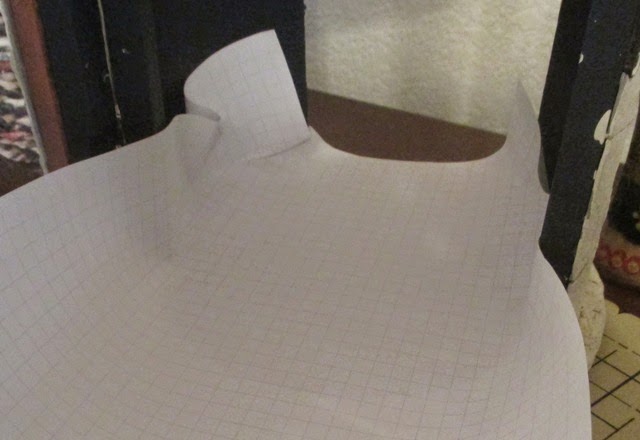 Once in a while... I decided to do a floor for the Steampunk Observatory this morning..

My method of getting a pattern is sometimes a bit unorthodox.  It was difficult getting inside to measure the floor, so I resorted to graph paper.

I stuck the center of a piece to the center of the back opening. Then I went around the edges carefully, with my fingernails.  The resulting creases give a pretty accurate pattern. 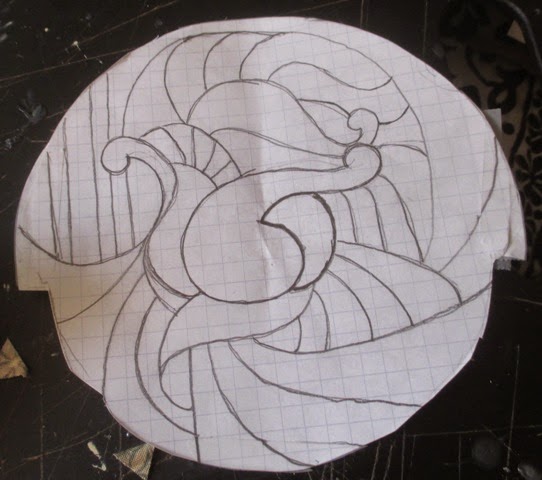 I only had to add a couple of pieces to the ears that stick out on either side.

Pay no attention to the elaborate pattern... I might make it someday.  When I have absolutely nothing to do...

I discovered that, when the door is closed, you can't really see the floor, so I decided to leave that for later.

Eventually this will either be a painted design or parquet. 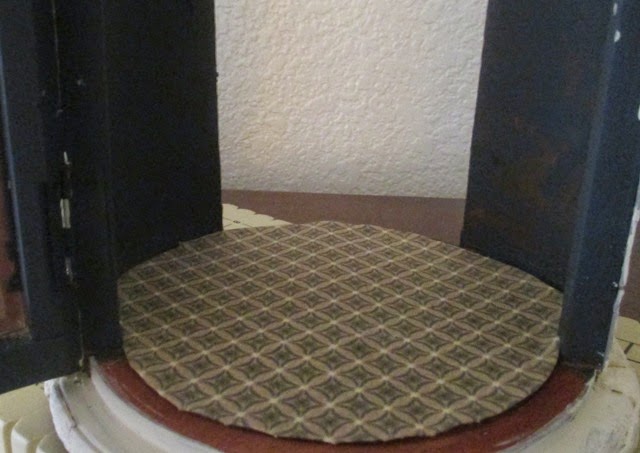 For now, I decided to just make a "tile" floor, with fabric.

It's not stuck down yet.  I cut the pattern shape out of card stock and wrapped it with the material.

This is why I rummage through the fat quarters at quilt shops.  Sure is a fast way to do a floor that will not be seen. 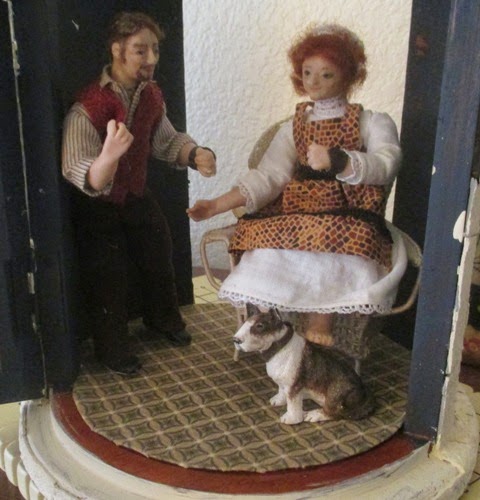 Zar is giving me a hard time.  He found some left over leopard skin print.  Now he wants that.

I think that it would be a shame to waste leopard skin in a place that it will never be seen...

For once Tessie is on my side... I think she wants it.  She won't say why.  She just keeps saying, "Just be thankful that I'm on your side!".  Then she grins from ear to ear... That makes me a bit nervous.  I wonder what she is plotting...

The more that I look at it, the more I think that the Observatory should be something that will go with Daisy's cottage.  I don't think that a heavy stone building on top of the Bazaar would be to sensible.

It would probably collapse the roof...

Anyway, I am going to go stick the floor down now.  I will do it lightly, so that, if I ever decide to do the fancy one, for some reason, it will be easy to replace.

Back to work.  See you tomorrow.
Posted by Caseymini at 10:50 AM

Hi Casey. I agree that it's not worth the work to do a fancy floor when it won't be seen. I like your idea of a painted floor. How where can I use that?
Phyllisa

Phyllisa, the answer is... Anywhere you want to! G

Such a clever idea!! a fabric floor, I shall copycat it if you don't mind
Have a great day, Rosanna

Rosanna, that's what it's there for. I also use fabric for wallpaper. Works better than the paper kind a lot of times.