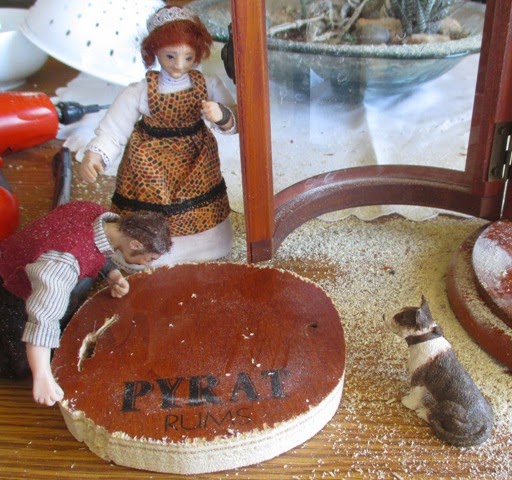 OK... This was fun... Not!  I didn't realize how thick the top of the rum box was, until I started trying to cut through it.

Then I decided that the hole needed to be bigger.  Results?  The drilling of three more holes.

I started with my keyhole saw and after about a half inch, I realized that it would take until sometime tomorrow, if I kept going with that. 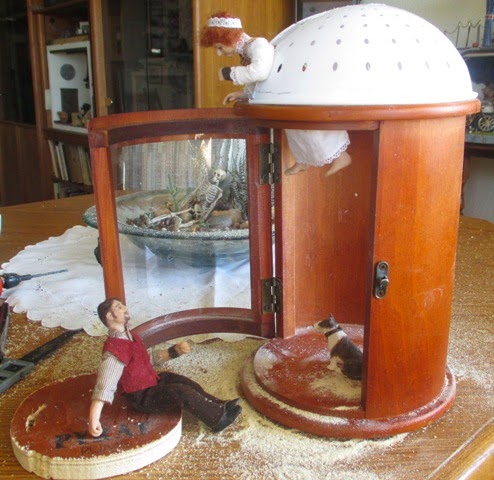 I went out to the garage and grabbed Walter's jigsaw.  It is old and quite noisy, but it works.

It didn't take long at all with that.  Sawdust everywhere!

Tessie inspected the hole and approved of the larger opening. 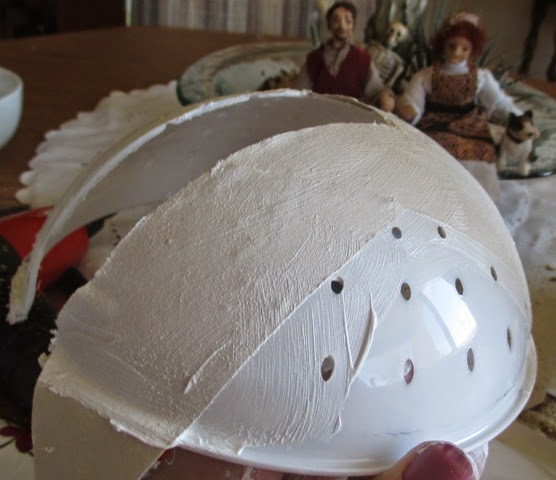 Now the fun part.  I decided to try something different.  I knew that paper would work, but it wouldn't be smooth to the dome.  So I tried using fabric, instead.  It worked great.

I simply used my thick gesso as a glue and a sealer.

I cut the fabric on the bias, so that it would stretch and went to work.

I trimmed each piece as I went 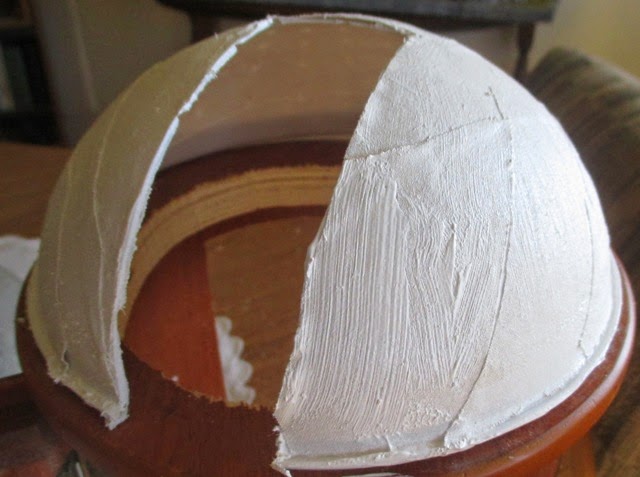 Here it is with the first coat finished.  I may put another coat on after it dries.

Keep in mind that the edges will have a thick strip along the opening and the bottom edge, so the thin or thickness of the wall of the dome won't show.

Now we are having fun.  Back to work.

See you tomorrow.
Posted by Caseymini at 12:40 PM

This is turning out to be quite a job, Casey! Could you tell me what that white dome with all the holes was. Was it a strainer? I must have missed that somewhere. That's what it looks like.

Lucille, it was a Betty Crocker brand strainer fron the Dollar Tree. I find a lot of usefull stuff there.

I'm constantly in awe of how you can see the disparate parts and come up with the whole.

A rum box and a plastic colander...an observatory?