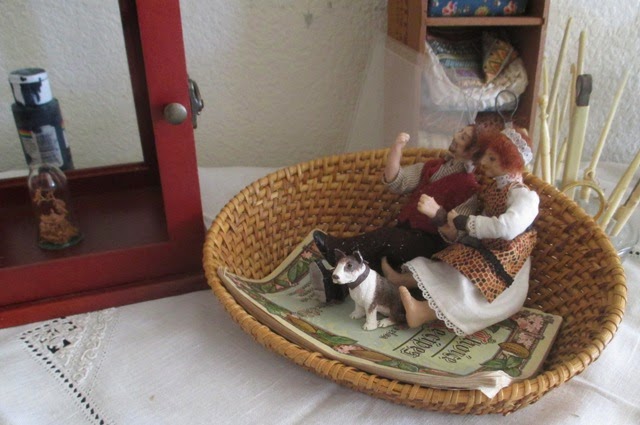 Yesterday, the Wednesday Witches' mini meeting for today was cancelled.

The Terrible Two announced that they were taking the day off.  So, I decided that I would too. 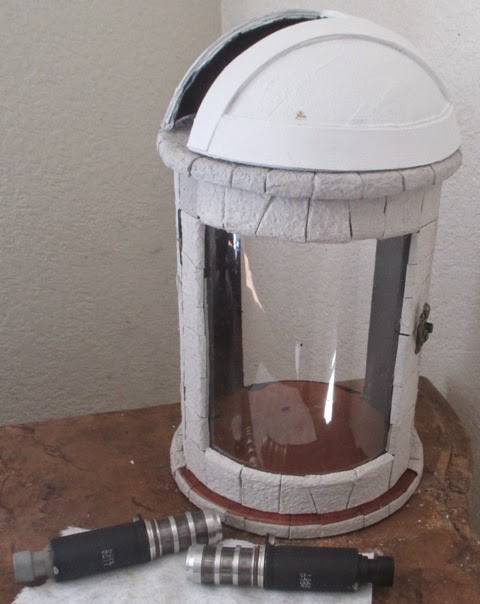 The only thing I did was decide that the dome was going to have to have the opening pointing to the side, so that the whole of the telescope could be seen through the window. 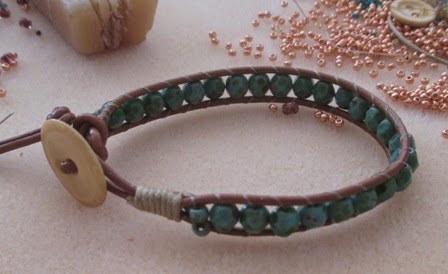 Since the meeting was cancelled, Joan and I decided to have our own meeting for beadwork instead.

I made a Chen Luu Style bracelet, using Greek leather and Picasso beads.  The button fastener is an old bone button from the turn of the last century.

I went over to Joan's house to help her learn how to do a Cellini spiral.  I learned from several You Tube videos.  I don't really remember which ones.  If you are interested in learning, just go put "Cellini spiral" in the search box.  Same with the Chen Luu.  There are plenty of instructions for both.

Anyway... Tomorrow, I will be back to the observatory. Hard at work, painting.

See you then.
Posted by Caseymini at 2:56 PM

Hello Casey,
I'm sorry the witches meeting was cancelled, but the beadwork you did instead is wonderful. I don't think I would have the patience to do that! The telescope is coming along wonderfully.
Big hug,
Giac