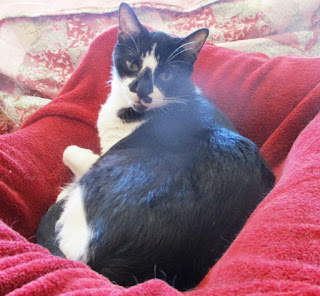 We're Back! I have been doing nothing for the past week.

I more or less imitated Kota.  Sleeping, eating and doing nothing but watching TV.

I worked in the back yard some, but nothing major.

I absolutely stayed away from minis!  Not even cross stitch rugs! Nothing! 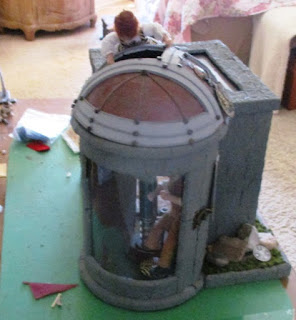 I made it clear to Tessie, Zar and Spike that I was not to be pulled into any kind of minis!!! I more or less ignored them and they did the same to me.

Zar got the telescope working and Tessie irritated him instead of me.

She kept putting her hand over the end of the telescope or putting her eye in front of the lens.

It is amazing that she is still in one piece.

I just plugged my ears and let them argue.

Worked like a charm.  It was a bit loud in here once in a while, but I just went to another room and closed the door when they started. 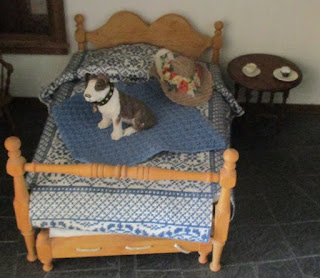 Spike followed my example.  Ignore the two of them.  Take naps when he had a chance. Don't seek them out.  Run the other way when they approached.

Anyway, I spent this morning in the workroom straightening out the mess that was left in there.

Then I went back to ignoring the two or them.

Spike I can tolerate. It's the other two that are irritating. I am thinking that I am going to ignore them for the rest of the day.  I get the idea that they aren't yet aware that the week is up.  I am wondering how long I can stretch this out.  Maybe I can keep them out of my hair for another week?  We shall see! Hey! I can dream, can't I?

See you tomorrow.
Posted by Caseymini at 1:12 PM

I have a visual of Tessie's eye through the telescope:-D
I hope you can fool the terrible twice a little longer!