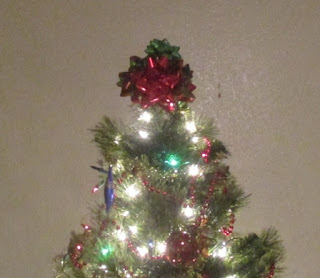 I did solve one problem today.  We didn't like the old fashioned Santa that was starting to fall apart.

I didn't want to dig through three boxes of ornaments and other junk to see if I could find the star that I got a few years ago... It didn't work then , so it probably still wouldn't work.

I grabbed the leftover bows from the packages and started building.  I put four of them in a circle and then stuffed another one on top.  Between the sticky backing and some scotch tape, I formed them into an inverted cup shape.

Hey! Whatever works.  I like this much better than the faded Santa. 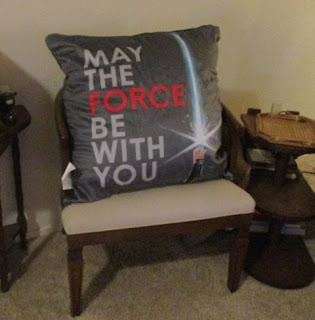 We decided that just letting Amare have this one to begin with would be easier than trying to wrap it... Problem solved without doing anything at all! 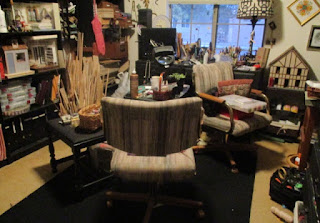 I guess that I am going to have to go with the "Aliens living in the workroom" excuse.

I will just let people visit in there if they want to.

I will tell them that the aliens made the mess.

It works for me.

Back to the drawing board.  See you tomorrow.

Anisnofla, Merry Christmas to you too!