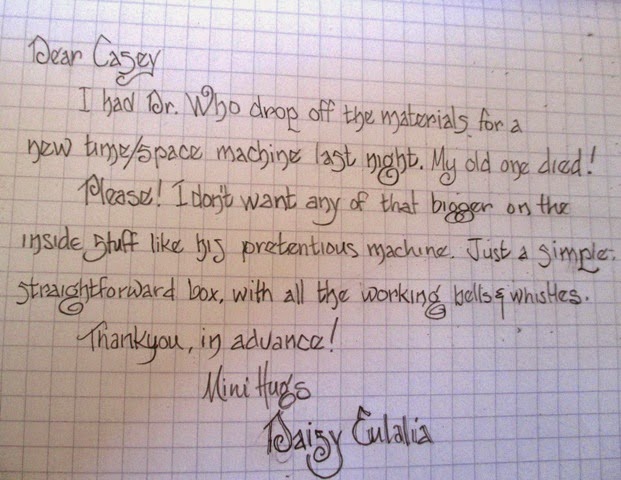 At least for the moment it is...  I found this note on my worktable this morning...

From Daisy... She doesn't want much.  If I don't stop work on the cottage and do this, I fear that she will never get here at all... Unless she hitches a ride with Doctor Who.

It was nice of him to volunteer to drop off  a few spare parts.  Not very nice of her to make snide remarks about his machine... 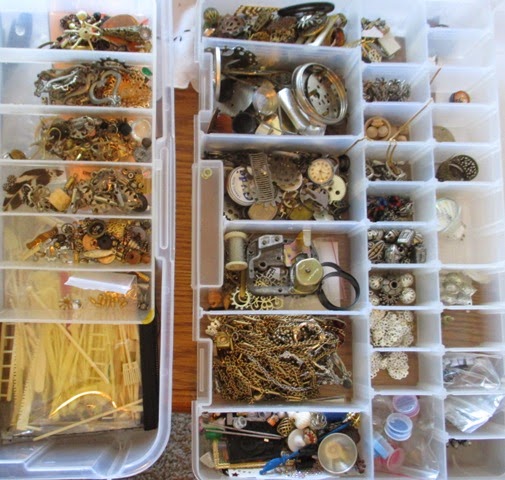 Anyway, I was soooo bored with her house that this will be a welcome distraction.

At least it's something new to play with.

Now about these parts... I do wish that Doctor Who would have left an instruction manual or at least a note on what not to do.  I will probably zap myself across the universe, before I am finished.

I see lots of chains and watch parts in this box...
None of the bells and whistles that Daisy wrote about... 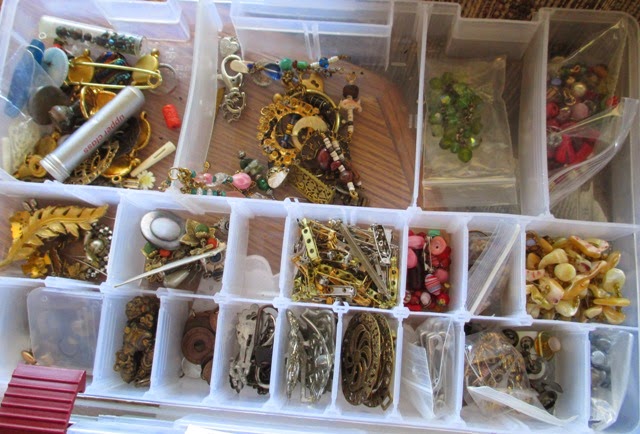 I am not sure why the Doctor left this box.  It has bits and bobs of jewelry parts, beads and even a few sea shells... I guess it's up to me to put them all together to make the box fly! 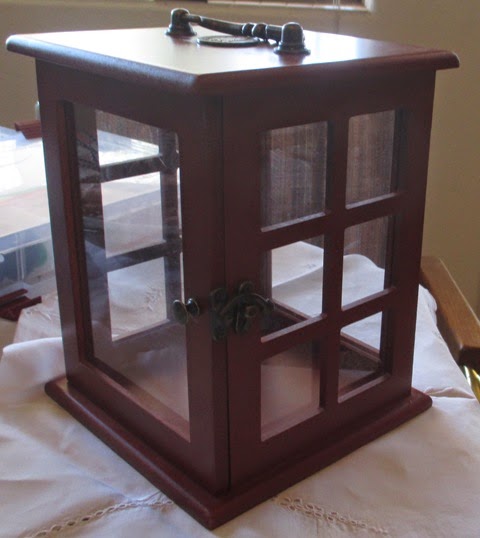 Speaking of the box, I already had that part.  Walter bought it for a Christmas exchange at a party last year... He gave me the box and the recipient of the gift got a large bottle of brandy...No box.  I don't think that they even missed it and would have probably tossed it.

Thank goodness I got it instead.  It is very well made and aerodynamically sound... It should keep Daisy flying for a while.

I think that I am going to need Zar's help for this one.

Now. Where did I put my Sonic Screwdriver?

See you tomorrow.
Posted by Caseymini at 10:31 AM