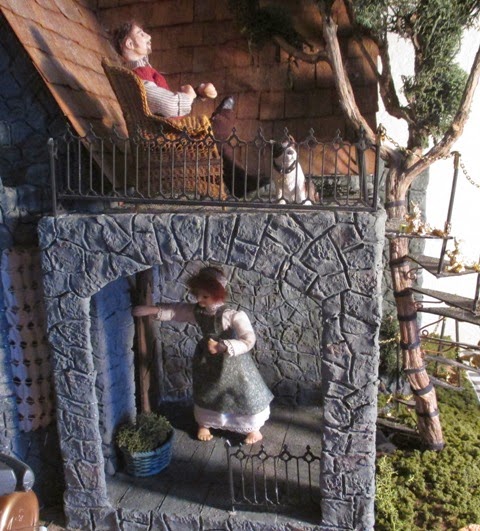 We now have a front door... No handle or lock, but a front door none the less.  Now, where did I put the handle and lock?  I thought that my problems were solved when I found the door...  Oh well.  Back to searching.

In case you were wondering why Zar and Spike are gazing at the ceiling, the dragon is still guarding the landing platform... They are just biding their time... Sooner or later, he will have to leave to refuel his fire breathing...

They still can't take off in the machine.  No planchette... 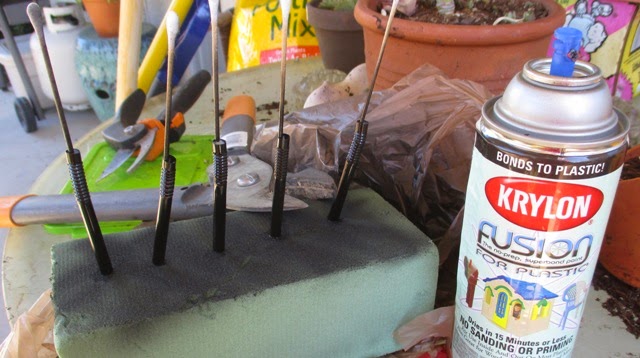 I did start installing the supports for the landing pad.

Are you using Krylon Fusion yet?  Great stuff.  You can spray anything with it, but it is especially good for plastic... As in bendable drinking straws... They used to be white with pastel stripes... 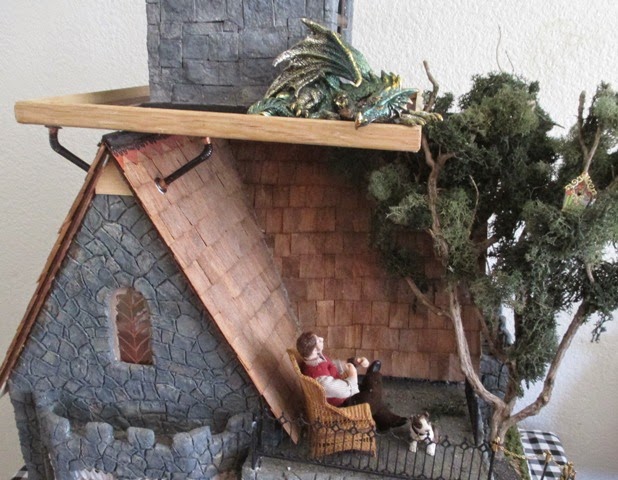 They are now wrought iron supports for the landing platform.

The little collars that you see around the ends are simply the smaller part of metal eyelet covers from the sewing dept. of Walmart.  Nice antique bronze... No painting for them and they just happen to be the same diameter as the straws.

I glued the straws in and wrapped some copper tape around the ends.  Then I drew on screw heads with a black pen.

I ran out of the eyelets.  I have to go back to Walmart tomorrow for more.  I hope that they still are in stock.  These have been laying around in the Steampunk supplies for years.

I thought about putting a post on the corner by the tree, but that would interfere with that porch.  So thus the struts instead.

Back to work now.

See you tomorrow.
Posted by Caseymini at 12:33 PM

Hello Casey,
I'm glad the front door is in. The cottage really looks so beautiful and is very unique.
Big hug,
Giac