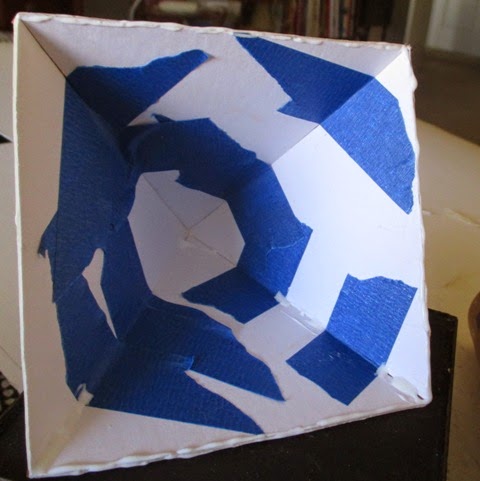 OK.  The Doctor left.  I have the feeling that we may not have heard the last of him... Time Lord... No longer with Time Machine...  Could be that he misses the one that he had and isn't too particular about how the outside looks.  After all, his old one was not very stylish on the outside... And besides, someone took it away from him...

Anyway, I am back at it.  I put the roof on the light tower this morning.

I cut four equilateral triangles with the base the same as the top inside edge of the roof.

I glued them together and put a line of copper tape on each corner so that the roof wouldn't leak.  Then I covered the sides with cedar shingles. 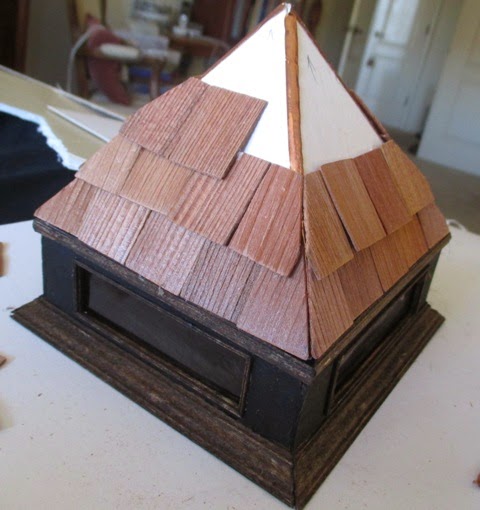 My method was one course at a time, all the way around.  That kept them straight.

It was easy, but time consuming.  All of the corner shingles had to be custom cut to fit.

Boring work, but the Terrible Two refused to do it... As usual... 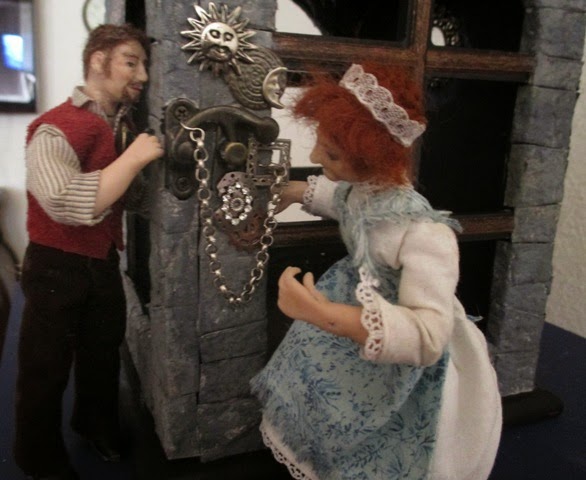 They were more interested I the lock that I put on the door yesterday.

I heard Tessie say, "Boy!  Is she ever stupid.  She put a lock on the door and forgot to put the glass in the windows... Anybody could get in here!"

Zar stuck up for me with, "Tessie!  There's nothing inside worth stealing yet.  Don't worry about it.  I am just worried that once she gets far enough along on the work, this thing is going to be so closed up that even the little black ants around here won't be able to get in.... Then how are we going to borrow it?" 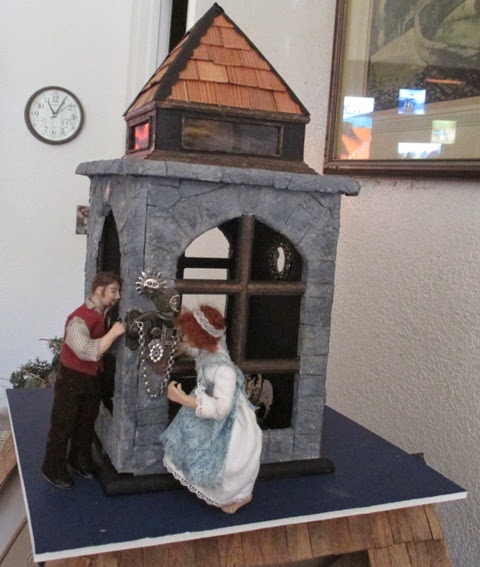 It's a good thing that I heard that conversation.  Now I know that I am going to have to hire a security guard or bribe Spike to keep them out... He works for Ground Sirloin... And is very loyal if you feed him right.

Actually, once the windows are in place, I think that the lock and chains will keep them out. 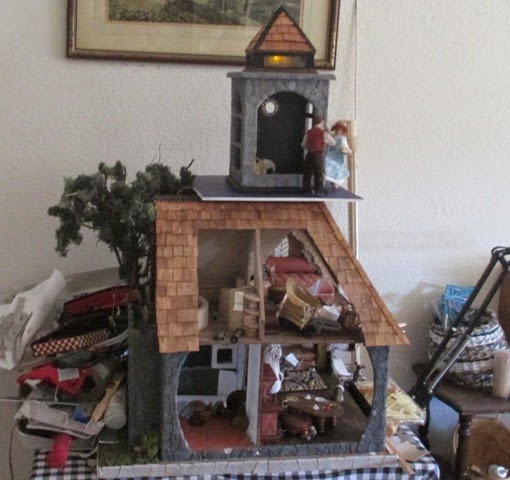 The blue piece of foam core is a trial run on a landing platform.

I am thinking that there will have to be a widow's walk around the tower, so that Daisy can get out without jumping two stories down to the ground... That is, if she forgets her transporter bracelet.

Anyway, I am going back now and put a weather vein on top of the roof peak.  Daisy has to have one so that she can see which way the wind is blowing, wherever she lands...

See you tomorrow.
Posted by Caseymini at 11:48 AM

Hello Casey,
The tower looks awesome. It is fantastic atop the house. Excellent work my friend.
Big hug,
Giac